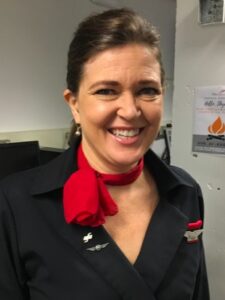 Our industry is heavily regulated, and for that reason it's important to have a voice on Capitol Hill, so that the lawmakers enacting those regulations know what is important to flight attendants.

Getting Closer on Rest

We are making progress on 10 hrs of rest made into law soon.

Rest Bill in the senate:

Rest Bill in the house:

IN GENERAL.—Not later than 30 days after the date of enactment of this Act, the Secretary of Transportation shall modify the final rule of the Federal Aviation Administration published in the Federal Register on August 19, 1994 (2) —The final rule, as modified under paragraph, shall ensure that— (A) a flight attendant scheduled to a duty period of 14 hours or less is given a scheduled rest period of at least 10 consecutive hours; and (B) the rest period is not reduced under any circumstances.

What does this mean?

These bills are not similar and this means they will have to go to a committee of the House and Senate in order to make them the same. One positive note is that both ensure that a Fatigue Risk Management Program (FRMP) be in place. Remember, because of AFA, we have a FRMP but this will cement this practice in law, and have all airlines participate.

In other Good News, Sen. Cantwell (D-WA) author of the Senate version on Flight Attendant rest, recommended in the Senate hearing last week, that she wants her bill to mirror the house bill, and to be more in-line with the pilots. Calls are still needed to your Senators to ensure that our message of being treated equally without reduction in rest is heard.

Other items that were passed

Please note: If something doesn’t make it into the final FAA reauthorization, some of these items can be made into individual bills at a future date. These are just a few of the items that may impact us and are not final.

On Wednesday, March 8th, Sara Nelson, International President of the Assoc of Flight Attendants testified in front of Congress to advocate for Flight Attendant rights. Some of the topics that were discussed at the hearing was the fight for minimum 10hrs rest, regional pay,#denynai, and phones on planes.(cell phone calls)

The FAA Reauthorization deadline is set for September 30,2017. Congress wants to get these items passed and sent to the Presidents’ Desk before that deadline.

The House Aviation subcommittee sent out an e-mail address asking for feedback from the aviation community.

Let’s step up and let our leaders in Washington know what it’s like to be a Regional Flight Attendant. This is important for our elected leaders to hear from Flight Attendants. Take a moment to write to the email address below and tell them the following:

Just as a reminder, keep your professional and concise. Think of this as a wishlist to your leaders in Congress, and what FAR’S would you like changed. Congress can hear from lobby groups, in fancy suits, that don’t wear the uniform, and which absolutely do not represent our needs as front-line employees. If you would like an AFA government affairs rep, or union rep, to forward your story on to Congress and be left anonymous please feel free to forward info, we would be more than happy to do that. The e-mail address is transportfeedback@mail.house.gov.